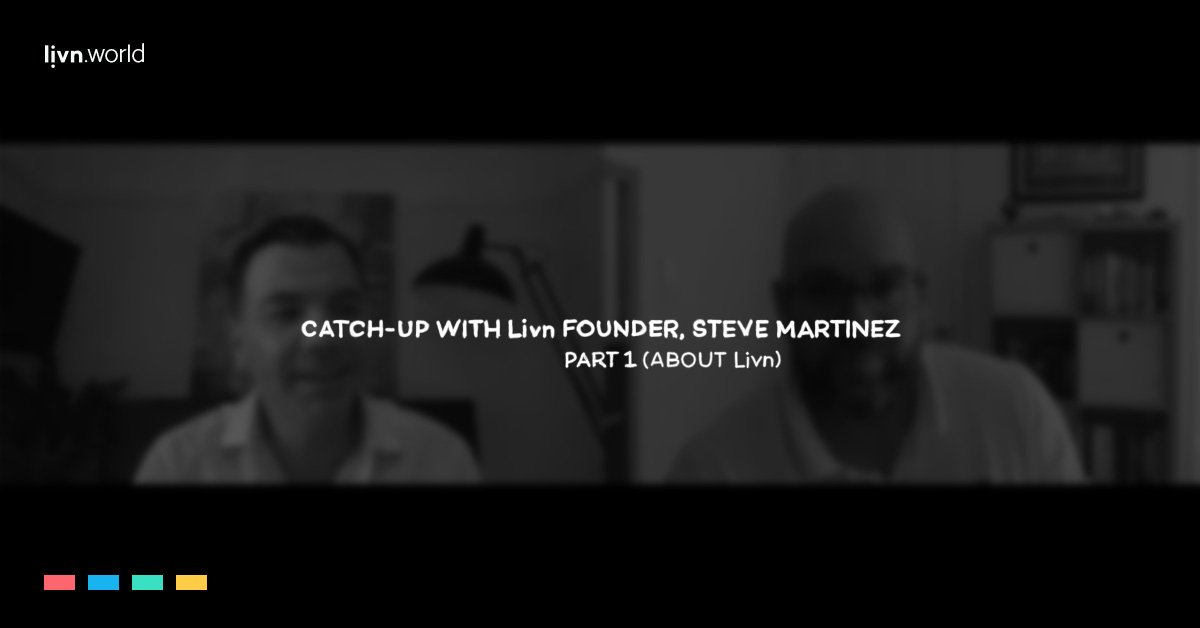 Livn’s founder, Steve Martinez was recently interviewed by Josh Thorpe who facilitates a leading Facebook channel for the travel sector called “Preparing for the new travel industry,” which includes a series of interviews with industry leaders.

In part one of the interview, Steve talks about how Livn came to be and its effect on streamlining the industry’s use of technology. Following shortly, part two will look at how Livn is preparing for the “new travel industry”.

Steve’s story began in hospitality. After a few years at Sheraton on the Park Hotel in Sydney, he became the hotel’s youngest Duty Manager. After some time, that included having to deal with the hotel’s worst problems like crashed Ferraris and hotel overbookings, Steve decided to change sectors and began working for an American motivational speaker, Kevin Trudeau. Although an amazing experience at the outset, the business eventually went broke, and at the same time, Steve’s long-term relationship came to an end. He decided to change his lifestyle and started working for Oz Experience, which provided Australian bus tours. Having never backpacked before, Steve’s first month on the job, travelling up the east coast on a green bus, completely changed his life. Steve describes this experience as the catalyst for his passion for travel.

Back in 2008, Steve was working for an adventure company, Raging Thunder. As part of his role in international sales, he would have to update global channel partners with new pricing, departure days, and tour information. The growing list of channel partners was forcing the update via multiple spreadsheets, extranets, and manual bookings (via phone and email). He describes the process as neither scalable or sustainable, as it was prone to mistakes. That’s when he came up with the idea of using the reservations system as a source of truth to distribute the company’s information to all its major channels. Steve describes this period as the birth of Livn. It was at the end of the financial crisis in 2009 he negotiated with Raging Thunder to work four days a week, to use the extra day to work on his idea. Steve’s idea was to create a platform where Tour & Activities (T&A) products could be found via one booking tool, with instant availability, price and commission rate.

At the time, travel agents weren’t booking tours because it didn’t warrant the effort for the reward. Booking a $60 Segway tour could involve agents staying on the phone for over an hour, followed by reconciling and organising vouchers in return for a small commission. This flawed system resulted in travel agents missing out on opportunities which could have otherwise been generating sales.

Steve began connecting APIs (Application Programming Interface). The solution allows two systems to pass structured information back and forth. Livn began as a platform which connected the tour operators in Cairns, as they were using one reservation system. This then moved onto connecting the reservation systems in the Whitsundays, New Zealand, and eventually throughout all of Australia. Livn’s first customer was Flight Centre Travel Group where there was a huge opportunity to streamline the T&A booking process. At the time they were using a platform that saw different commission rates, different payment terms, and various wait times on booking confirmations. In essence, an operation that was resulting in lost time and lost revenue. The Livn platform replaced it and provided access to product availability, descriptions, geo-location, and pricing in real-time. A process that had previously taken days suddenly was taking minutes, allowing one of the largest Australian travel companies the ability to capitalize on T&A sales and generate further profit.

“Don’t ever be scared of technology,” says Steve. For Steve, technology simply takes something that is done manually and digitises it for efficiency. He admits, if he were told nine years ago that today he would be leading a technology-driven API connected business of tours and activities, he wouldn’t have believed you. Steve knew his strengths were in building relationships with a deep understanding of the industry and the travel agent process but needed to connect that with a technological solution. The Livn idea was based on bringing his knowledge together and finding a team of developers who understood what he wanted and could solve the problem through technology.

In 2015 the company received private equity funding which allowed Livn to grow its presence internationally and speed up its reservation system network. Today, as a result of this funding and support, Livn API is connected to 22 reservation systems globally. The network supplies products from anywhere in the world, from the Great Barrier Reef of Queensland to the Northern Lights of Iceland.

One of the first things Steve did in the excitement of creating the business, was a search for potential company names and URLs available. Livin.com was already taken, so instead, Steve went with the shortened version, Livn. It stands for Live InVentory Network, which has become a well-known name in the industry today. Market Validation Since the birth of the Livn API, the company has been embraced by travel companies who are excited to have a technical solution that allows them to engage with the T&A market without the traditional hurdles. Livn has identified and removed barriers of integration providing value and opportunity for the travel industry to connect, integrate, and transact experiences all around the world and most importantly in real-time.